Skip to content
I was at a party recently, enjoying a glass of red with a mate while lamenting about the fact that we drink too often (complaining about alcohol while consuming it… sound familiar?!) A few days later, I stumbled across 101 Tokens via a connection on LinkedIn. The 101 Tokens mantra, ‘drink less, live more,’ resonated so much that I immediately downloaded the app and reached out to the Founder, Benny about featuring on this blog. Then, I cut my drinking in half. Embarking on his third year of mindful drinking, Benny hasn’t looked back. While I’m only a few weeks into embracing new habits, I’m not missing the cheeky after workies and lazy wines at home on the couch. And, I’m obviously not the only one – the 101 Tokens community is growing… rapidly! Thanks Benny for sharing your story with me and for supporting so many people to change their habits. 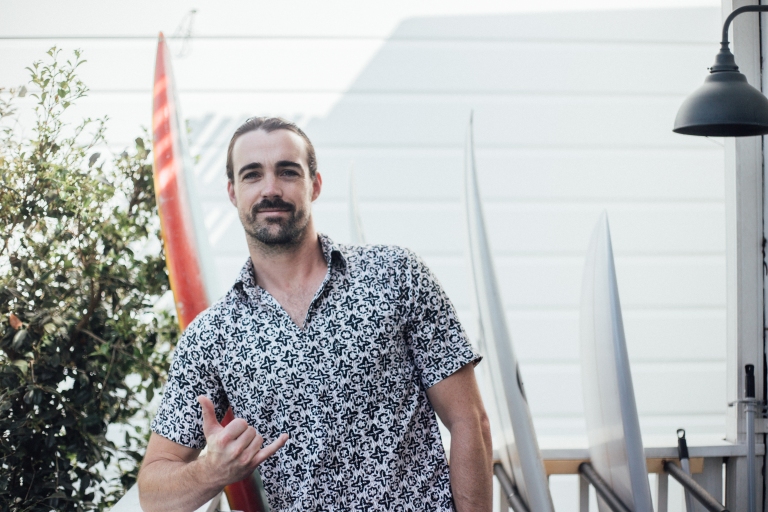 “I was living in North London at the start of 2016. A few days into the year, I found myself lying on my couch, a cheap beer resting on my stomach (picture Homer Simpson), while my flatmate and I watched reruns of Premier League matches we had already seen.

He turned to me and said, ‘let’s go to the pub Benny.’ As I contemplated my answer, I took one last swig of beer. It was warm and it trickled down my beer gut onto the couch. I had already been drinking on the 1st and 2nd of January and the thought of strolling down to the pub made me shudder.

I was turning 30 that year and suddenly realised this wasn’t how my life should be.

I said no to the pub and instead, thought about how I could change my drinking habits. I was drinking four to five times a week and I wanted to get that down to two, so I landed on the following rules:

Retraining your booze brain is a process of self-enquiry and accountability and that’s why the last rule is so important. If you drink 101 times a year, but 96 of them are worth it, I think that’s a better outcome than someone who drinks 52 times a year, but 40 of them aren’t worth it.

I wrote a blog post about these rules – read largely by friends and family who doubted I could do it – and started using a crappy calendar to track my drinking. At the end of each month, I would tally how much I had spent and how many nights were worth it. Then I would write a blog post sharing anecdotes about my successes and mistakes. I think the mistakes resonated most with people.

I was your typical 20-something Aussie guy living in London. I loved a drink. I lived in a house with my mates and there was always beer in the fridge. My routine was to come home from a big day at work and either open a beer, or crack open a bottle of red wine if I was cooking. Trying to break these habits in that first year was really challenging.

A few things helped. The first was having support. Initially, I got a fair bit of backlash from mates who took it personally if I didn’t drink at their farewell party or on their birthday. But when they saw how much I was saving and how productive I had been, they came around to the idea.

Looking at my year as a whole also helped. If there was a big holiday or occasion coming up, I knew I’d have to set a few tokens aside. Gamifying it in this way worked and made it a bit more exciting.

But the most important thing was having strong motivations. Knowing your why is something I talk about a lot. I wanted to save money for a wedding in Canada and I wanted to get healthy – both big motivators for me.

Aside from the obvious benefits of better health and saving money, there were a lot of positives that I didn’t see coming.

Clarity of thought was a big one. It was a lot easier to make big decisions. During that first year, I made the decision to quit a job I didn’t connect with, come back to Australia, and realign myself with my purpose. If you’re always drinking, you can blame the shittiness of work on your hangovers and let yourself slip into a bit of a vicious cycle.

Towards the end of 2016, I wrote a blog post about the money I had saved, the 10-week exercise program I had stuck to and the charity project I’d started. Soon, without any marketing, people started asking if they could join me and in 2017 I had almost 100 sign ups.

I set up a basic private Facebook group so we could exchange our stories, and I continued to post monthly updates. Instead of sharing my experiences like I had in 2016, I turned my attention to the people who had joined me. People started reaching out with their stories and it very quickly became the most rewarding job I’ve ever had – albeit one without a pay cheque!

101 Tokens is now a growing community of over 9000 smart drinkers who are fed up with our drinking culture and the detrimental effects drinking can have on your work, your family and all other avenues of your life.

Like me, a lot of community members have come across unexpected benefits. One girl said her skin condition cleared up. Another, who was blaming alcohol for some mental health issues she was experiencing, actually went to see someone to diagnose what she was going through.

Other people’s realisations have been profound and unexpected. I get to hear their stories and it’s the coolest thing.

I’m still not perfect and I always share this openly with the community. The first year I got 80% yays. Last year, I got 91% yays. This year, I had a double up of nights that weren’t worth it after using only four tokens. This came down to bad decision-making. For example, my flatmate and I went out one night and ended up bringing people back to our house and partying on. We had completely forgotten our other housemates were at home, ill in bed. The next day, I realised I’d had a fantastic night until we did that. So, the next time I’m put in that situation, I’ll know it’s not worth it. It’s all about identifying these cues and retraining your brain.

I would really like to be part of changing the face of Australian drinking culture. It excites me a lot. I feel like there’s a bit of a shift already but there’s still a long way to go.

I’ve met some great people doing really cool stuff around the concept of smarter drinking. I’ve met guys from Sobah, a zero percent beer. Seedlip, the world’s first distilled to zero gin. And Sparkke, an all-female brewery in Adelaide, who have topical conversation starters on every can of beer and donate 10% of their sales to a variety of causes.

101 Tokens is my passion project. I hope it will continue to have an impact on individuals, but I’m also interested in how we can all change the shape of Australia’s drinking culture. I hope we can build a mindful drinking collective that will go on to make an impact on industry, and potentially legislation.”